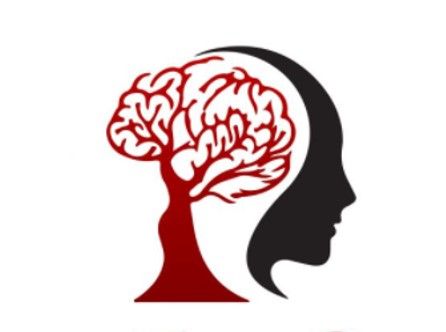 A survey of a large group of public health officials responsible for helping to rollout the nation's new 988 emergency mental health telephone service found that fewer than half expressed confidence their jurisdiction was prepared in terms of financing, staffing or infrastructure, according to a new RAND Corporation report.
The analysis, the first effort to gauge national preparedness for the new mental health service debuting in July, interviewed 180 state, regional and county behavioral health program directors who provide jurisdictional coverage for more than 120 million Americans—roughly one-third of the U.S.

Similarly, only 16% of respondents reported that they had helped develop a budget to support 988 operations. "Our findings have confirmed what many advocates and experts feared: communities throughout the U.S. have not had the time or resources to adequately prepare for the debut of the 988-hotline number," said Ryan McBain, co-lead on the research project and a policy researcher at RAND, a nonprofit research organization.

"We highlight several areas that jurisdictions need to address both prior to the launch of 988 in July and in the months that follow.

"Untreated mental health symptoms are a pervasive and persistent public health problem. Around 39 million people in the U.S. were identified as having a mental illness in 2019 and fewer than half of those people received treatment.

In an effort to curb this silent epidemic, the U.S. Congress in 2020 approved legislation to create a new mental health emergency hotline that will go live on July 16. The three-digit number will supersede the current National Suicide Prevention Lifeline, which has grown from about 50,000 calls in 2005 to more than 2.4 million in 2020.

Although mandated at a national level, the launch of 988 will require substantial effort on the part of state and local agencies to ensure sufficient capacity to handle 988 calls and connect callers with local mental health emergency services if needed. To learn about the status of local preparedness for the rollout of 988, RAND researchers surveyed directors of mental health agencies about their preparedness for the launch, asking questions pertaining to four domains: strategic planning, financing, infrastructure, and service coordination. About 85% reported that there was a mental health emergency response hotline or call center operating in their jurisdiction, although fewer than one-half of those hotlines were reported as part of the Lifeline network that will field 988 calls—meaning that callers from those jurisdictions may reach a Lifeline call center that is unfamiliar with local resources.

Regarding the continuum of mental health emergency care, researchers found that 48% of survey respondents' jurisdictions had a short-term crisis stabilization program and only 28% possessed urgent care units for mental health. Moreover, only 22% of jurisdictions had crisis call centers or hotlines that can schedule intake and outpatient appointments on behalf of individuals in need. Among those jurisdictions with hotlines, a majority (55%) contained staff specifically trained to interact with children and adolescents, but a minority had training to interact with other special populations, such as individuals experiencing homelessness (46%) or LGBTQ individuals (45%).

Although a large majority of hotlines supported phone-based communication, fewer than half supported text/SMS, and fewer yet supported online chat. Researchers say that with particularly high rates of suicide observed among adolescents and young adults, interfaces like online chat and SMS have become increasingly important.

"Although mandated at a national level, the launch of 988 will require substantial effort on the part of state and local agencies to ensure sufficient capacity to handle these calls and connect callers with local mental health emergency services if needed," said Stephanie Brooks Holliday, a co-leader of the project and a RAND behavioral scientist. "Our findings show much more work needs to be done."